\  \  How These Franchises Established a Company Culture That Works

How These Franchises Established a Company Culture That Works

We use cookies to give you the best experience possible. By continuing we’ll assume you’re on board with our cookie policy
Let us write you a custom
essay sample on
How These Franchises Established a Company Culture That…
For Only $13.90/page
ORDER NOW

Last winter, Maui Wowi Hawaiian Coffees & Smoothies moved its headquarters from the Denver Tech Center, a warren of office buildings and conference hotels along Interstate 25, to an old bank in Denver’s hipster enclave of City Park West. Instead of setting up drab cubicles, CEO Mike Weinberger insisted the office be decked out with surfboards and faux palm trees. He put in sandboxes and began stocking vending machines with free snacks and beer. There’s even complimentary fried chicken or pizza on Fridays. The 14 corporate employees and 200 franchisees of the system, who run 450 units, are encouraged to wear Hawaiian shirts and flip-flops whenever sensible.

Yes, it was a gambit to fit into the new neighborhood, but it’s also Weinberger’s attempt to keep his team and franchisees focused on what he considers one of his company’s most important assets: its culture.

“Culture, from our employee and franchisee standpoint, is one of the most important things we do,” Weinberger says. “We want to create a sense of belonging and purpose, especially when we’re not sitting next to our franchisees every day. That’s hard to get across. We want to send out a tribe mentality.”

Efforts at creating an appealing and laid-back business culture took root about a decade ago, with the media celebrating the tech world’s penchant for beanbag chairs, nap rooms, Ping-Pong tables and gourmet cafeterias. But somewhere along the line, those amenities began to crowd out the company mission. Rather than just fun and freebies, the right company culture can be a powerful tool to build a sense of purpose, focusing individuals on meeting goals, fostering creativity and creating a vibe that will inspire employees and customers.

At Maui Wowi, the flip-flops and sand are there to remind everyone of the relaxed, fun aesthetic the company wants to communicate to its franchisees and customers. It’s meant to foster a sense of ‘ohana — the Hawaiian word for family — within the brand and among its franchisees. Cultural fit is so important to Maui Wowi that each prospective corporate employee is interviewed by the entire staff, from the office manager on up. “We hire people who fit into our culture,” Weinberger says. “One person can make a toxic atmosphere. They have to have the right mindset and fit in well. Our staff filters out the jerks.”

And he lets his franchisees do the same, vetting candidates before they can attend Discovery Day, rejecting those who don’t seem like they would fit into the family.

This sense of culture is so powerful that Weinberger believes it helped the company ride out the Great Recession. “Through tough times, our culture helped us hold on to our ideals,” he says. “It helped us come out stronger. Our culture was our common bond. I think companies that folded or broke didn’t have the culture to get through those times.”

Evan Hackel, founder of Ingage Consulting in Woburn, Mass., has been pushing his corporate clients to take culture seriously for years. He says creating the right culture, implementing it through every segment of the organization and maintaining it can mean the difference between a franchise system that keeps growing and one that sputters to a halt. 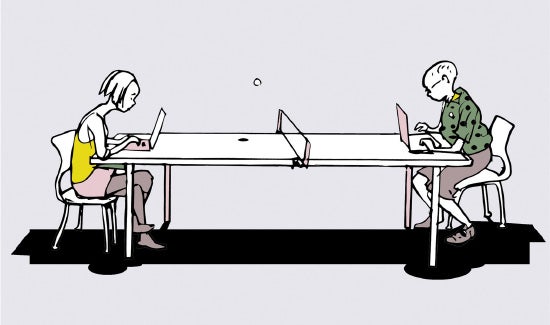 “One of the issues with vision and culture is that they are typically defined one time and are forgotten,” he says. “The culture needs to be integrated into the franchise system itself. The corporate side and franchisees need to take the vision and culture to heart. They are very, very important attributes.”

Hackel made sure to do this while serving as president of Manchester, N.H.-based Carpet One in the mid-2000s. At that time, the company was growing but was not widely recognized as a national brand in the flooring industry. At every meeting with franchisees, Hackel would have them state the vision of the company in their own words. He asked employees to do the same on their self-appraisals, and to explain how they hoped to help reach the goal he dubbed “Brand Island.” He created an elaborate poster of a ship sailing to Brand Island-with the strategies the company would use to get there-and had it posted in the back of every store. He created a culture where everyone, from corporate managers to salespeople on the floor, got the fever for putting the customer first.

“We had staff people writing poems and creating signs about Brand Island,” Hackel says. “We even had someone rewrite the story of Cain and Abel. It was really cool.”

Dave Rutter, president of Salt Lake City-based Costa Vida Fresh Mexican Grill, believes culture is what truly animates his business. He and CEO Sean Collins were the fast-casual Mexican-food brand’s first franchisees in 2004, later acquiring the company from its founders in 2009. Like Hackel, Rutter is of the mind that he should be able to go into any of the brand’s units (there are 74 now and another 25 on the way) and have any team member, from manager to line cook, be prepared to talk about the company’s plans and mission.

“I don’t think anyone else takes the effort we do with our food. We’ll stand all day on our food,” Rutter says. “But if we’re serving amazing food, yet it’s being delivered in an environment where people don’t feel good about being there, or where an employee doesn’t feel valued, then shame on us. We work very hard on that and recognize achievement when we see it.”

That’s not just lip service. Each year, general managers who reach their goals are invited on a company vacation. In 2015 more than 80 managers, franchisees and other staff members went to Lake Powell on the Arizona-Utah border, where they had a chance to get to know and understand each other outside the office.

“It definitely changes relationships,” Rutter explains. “Sometimes you have to have hard conversations when numbers aren’t being hit or guests aren’t being served correctly. It’s easier to have those conversations after you’ve developed friendships and spent a morning with someone in a fishing boat or on the beach. People stop thinking all these things are mandated by the ivory tower over at corporate. They know that this is coming from Dave, and that we had breakfast and talked about our families. It’s different when you’re more than just a name on a paycheck. When you’re connected as a group, that transcends the employee-boss relationship.”

Defining and maintaining a strong culture isn’t only important for newbies. Veteran brands face the same challenges. “Almost every franchise system is started with a vision, whether that’s to make food differently or serve wine and let people paint things,” Hackel says. “The problem is, they don’t focus on maintaining that vision and they get caught up in the day-to-day. Then the concept gets diluted at a certain size, and everyone’s working on execution. That’s why, in my opinion, so many systems are unable to break that 100- or 150-unit barrier. It’s a lack of culture, and the energy and passion has gone out of that original vision.”

Let us write you a custom essay sample on
How These Franchises Established a Company Culture That…
For Only $13.90/page
ORDER NOW

Wienerschnitzel, founded in 1961, is facing this kind of challenge. As J.R. Galardi, son of founder John Galardi, began working at various jobs within the 330-unit fast-food system, he realized that the company had more or less become a nostalgia brand. “I noticed that our core demographic was older than I anticipated,” he says. “People would tell me they used to go to Wienerschnitzel after church or after baseball games. But there were no current stories. They weren’t saying, ‘I take our team there after Little League.’” 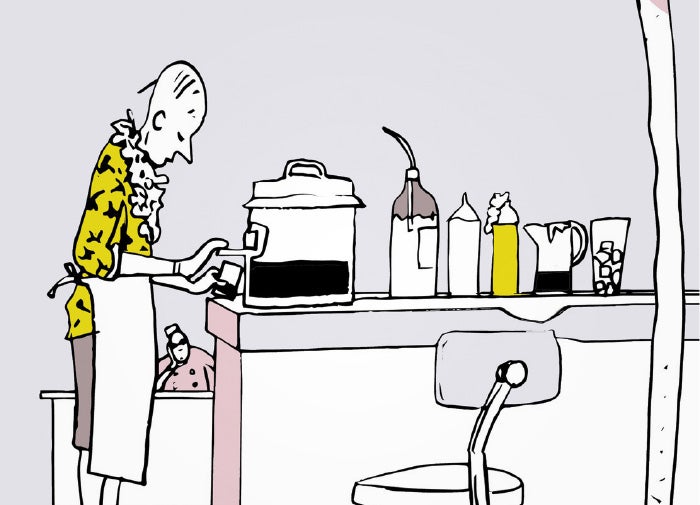 Under the title of chief visionary officer, Galardi launched an effort to freshen the company culture and strategy. The team cut the complicated and unpopular items that were cluttering the menu and refocused on four core items: chili dogs, corn dogs, chili cheese fries and shakes. Galardi began marketing to the “customer of tomorrow,” vs. seeking immediate returns on investment; initiatives included feeding athletes at amateur skate and surf competitions and supercross events, making the brand relevant to a new generation.

But it’s not easy trying to change the culture of a 54-year-old company with longtime franchisees. “I mean, our lifeblood is our franchisees, and if they’re not on board, our efforts are futile,” says Galardi, who adds that after two years of effort, most members of the Wienerschnitzel family have embraced the new culture. “People get stuck in a certain mindset. They don’t understand why we’re giving away hot dogs without making any money. When I get them involved and tell them that 66 percent of supercross fans eat fast food 10 times per month, they start to understand what we’re doing.”

The strategy seems to be slowly but surely shifting the culture at Wienerschnitzel. “We had our national operators’ seminar in Hawaii, and we showed everyone our plans for the future,” Galardi says. “There was such a great reception, and everyone was so excited. We’re in growth mode. We want to take this older brand and treat it like a startup. Let’s revamp and reenergize, and let’s move.”

Correction: An earlier version of this story misidentified the location of Costa Vida Fresh Mexican Grill's headquarters. The company is based in Salt Lake City.

Tagged In :
Is Your Personal Elevator Pitch Incoherent Babble? 4 Mobile-Marketing Trends to Watch in 2016